Python is a popular language for web and application development. According to the 2021 Stack Overflow Developer Survey, approximately 68% of software developers who have worked with Python for a project want to continue with it as their preferred language for project development. The same survey found that Python is also the most-wanted coding language among the developers who are not currently using it and want to learn.

If you use Python for backend development, you have chosen a language that offers versatility and will continue to be in high demand in the years to come.

This toolkit aims at helping you become a top-tier Python developer. We have taken out all the guesswork and handpicked the resources to help you write high-quality Python code.

Django is a high-level web framework that allows Python developers to create high-quality web projects with clean code and pragmatic design. One can import several libraries into Django to improve its functionality.

Flask is a micro web framework that is considered a template engine. It allows writing web applications without writing any low-level code. However, it has no database abstraction layer, form validation, or support for third-party libraries.

Git: It is the most popular version control system to iterate your code and keep track of changes you made to the code. As a python developer, you must learn the ins and outs of using Git.

A guide to executing Linear Regression in Python

In-demand skills for a backend developer

How to land a high paying backend developer job

Whether you are an experienced Python developer or a backend developer exploring Python for the first time, here are the resources to speed up.

Learn Python in y minutes: An excellent guide for experienced backend developers to quickly grasp how Python is structured.

Developing a Real-Time Taxi App with Django Channels and Angular: Learn the real-life application of Python by building an app using Python tools such as Django, Angular, WebSockets, and Redis.

Authentication with Flask, React, and Docker: An advanced tutorial to learn how to build intermediate-to-advanced web applications in Python using technologies like Flask, React, Docker and Heroku.

Python 3 Course: A course offered by Codeacademy for learning Python 3 for application development.

DataCamp Python Programming Course: This course teaches how to use Python for Data Science applications.

Google Python Class: Google has created this course for beginners to help them learn through an industry-based curriculum.
How to Develop Quality Python Code:  It is a reliable resource for developers to learn about Python development environments, project structure, and application dependencies.

Introduction to Machine Learning with Python: A Guide for Data Scientists

Talk Python to Me: A podcast focusing on the people and organizations coding on Python.

While we have listed all the resources that will enable you to skill your technical learnings as a Python developer, to land a job, you have to nurture some essential soft skills as well.

Communication: For software developers, communication is an important skill. You must be able to express your ideas and thought process to stakeholders. Also, active listening is something a developer should emphasize. As a part of a development team, you will have to listen to your colleagues, users, and customers.

Open-mindedness and adaptability: The software industry keeps evolving. Once, the waterfall development model was the industry standard, but agile and lean approaches soon took over. This is why developers should be open-minded to adapt as new technologies and paradigms emerge. Open-mindedness also improves your code by discovering your weaknesses, accepting them, and improving.

Critical thinking, creativity, and problem-solving: Being a developer is a challenging role. Sure, the scope and complexity of the problems will vary; at the core, a developer has to be a critical thinker and creative. It would help if you always kept learning and innovating to solve complex problems.

Upskilling: a complete guide for professionals

Python is an excellent language for backend developers to master. Its applications are broad, and companies of all sizes use the language for their web and software projects. We hope this toolkit will prove to be a one-stop guide to learning everything essential skills, interview insights, and more.

Talent500 is a platform that startups and Fortune500 companies rely on to hire top-tier Indian talent for their global teams. Join us today and be part of something bigger. 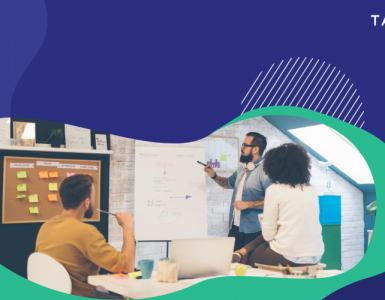 Failure is a part of achieving success! Read on the learn from those that have been there and done it helps, while being cost-effective too. Read on further to know 6 tips from the failure of startups.