Why culture is everything for your distributed team’s success

Asking business leaders what great ‘work culture’ constitutes is a little like the old fable of the three blind men and the elephant. Asked to describe it, the men each touch a different part of the animal, and therefore each has a very different point of view. While none of them are able to provide a complete account of what the elephant looks like, each is right in their own way.

Similarly, while all business leaders know that a strong work culture is critical for their distributed teams to be successful, most only have a slight idea of what it is made up of and how to build it. This is not to say that there is a one-size-fits-all approach. Leaders can draw some comfort from Richard Branson, founder of the Virgin Group, who somewhat vaguely put it this way: “There is no magic formula for a great company culture. The key is to treat your staff how you would like to be treated.”

However, to only go by Branson’s advice would be a grave mistake. Leaders will have to work hard – really hard – to create an atmosphere that is attractive and supportive, in which distributed team employees can achieve organizational goals through established and shared values and beliefs. It is crucial for business success.

Pertinent guidance can be gleaned from the way Buffer builds company culture for its fully distributed team of 90 people living and working in 15 countries around the world. Hailley Griffis, Buffer’s Public Relations Manager points to shared values such as openness and inclusivity, and clear guidelines on communication and accountability as integral to the company’s culture.

“The key thing for us was setting values as a team in the early days and having everyone agree on them,” she comments. “[We] make sure everyone knows that their voice is valued in each discussion about continuing to create culture. [And we] ask the Buffer team for feedback in Slack and in surveys, and implement that feedback.”  Buffer also tries to help build personal connections between team members through optional events like pair calls, informal chat opportunities on fun Slack channels, and also organizes retreats at least twice a year.

Along the same lines, FlexJobs holds a monthly virtual lunch for its distributed team of 60 employees and 40-plus contract workers. Zapier’s team creates chat rooms around people’s interests, such as amateur radio, cooking, and science fiction. “Some companies would shut that down because it’s not work-related, but in a remote company, people need a place to blow off steam,” CEO Wade Foster points out.

In setting or building work culture for their own distributed teams, leaders would do well to take their cue from Buffer, Zapier and FlexJobs by establishing clear values for their organization, promoting an inclusive environment, and setting up channels and norms for clear and open communication.

Leaders will also benefit by continually evolving and reiterating work culture. For this to work, listening to feedback from team members is the only way to keep it relevant and alive. It has to be a two-way process.

Running a team whose members are located in different countries means accounting for cultural differences when establishing the company’s work culture. This means acknowledging the elephant in the room: differences in language and culture can affect collaboration. It can seem like a tricky hurdle to cross, but leaders, by instilling respect for other cultures as well as inclusivity as part of the team culture, can create a comfortable working environment for everyone.

Creating and maintaining a strong work culture takes deliberate and constant attentiveness – and this starts with the leadership of a company. Leaders of successful distributed teams are responsible for blueprinting their desired culture and then making sure that it stays alive and kicking.

To this end, leaders need to live and breathe their work culture, in effect being the change they want to see so to speak. They need to demonstrate the values they espouse, and follow the established norms of behaviour they set, in the way they communicate, interact with the team,  and perform their work responsibilities,  otherwise employees won’t take it seriously.

Yes, work culture has an impact on your top line

Brian Chesky, CEO of AirBnb sums up work culture’s importance for a distributed team succinctly, commenting “The stronger the culture, the less corporate process a company needs. When the culture is strong, you can trust everyone to do the right thing.”

So employers who are able to create a positive digital environment for their distributed team will find that it strengthens employee engagement with the company, and that this translates into productivity. Case in point: a survey by Deloitte found that 83% of executives and 84% of employees surveyed rank having engaged and motivated employees as the top factor that substantially contributes to a company’s success. On the flip side, a study cited by Harvard Business Review found that disengaged workers had a higher percentage of absenteeism and upto 60% errors in their work. It’s not too much of a stretch to say that its culture can mean life or death for your business.

Leaders may also be pleasantly surprised to learn that working towards making their company  one of the ‘best places to work at’ as a result of its work culture, is not just a feel-good achievement. It can literally pay off.  The stock prices of Fortune’s “100 Best Companies to Work for” rose 14% per year, while companies not on the list only reported a mere 6% increase in their stock prices – a small but statistically significant effect. Adding to this, being known as a top company to work at can help attract talented candidates who are looking for companies with values and ethics in their business model, not just profit – a definite advantage for mid market firms given today’s competitive market.

When employees talk about ‘a good work life’, they are referring to a culture that can very much be built. While this may prove challenging for leaders to implement, it’s worth the investment. The effort in building a culture of trust, and respect  will result in dividends, growth of the company and more importantly, proud employees.

A serial entrepreneur and co-founder of Talent500. Enthusiastically strives to expand businesses across multiple domains by bringing creativity to the table. Zealous about pursuing ventures at the intersection of art, technology, and business. An award-winning short film-maker, and well-traveled theatre-performer. Took part in Google's global Daydream Impact program, which promoted the use of Virtual Reality for impact-based stories. 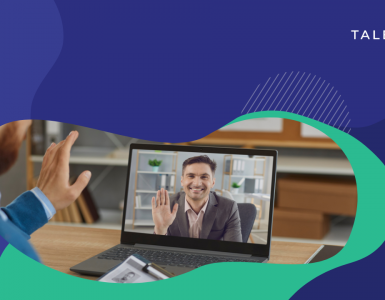 After 2020, the global workforce shifted from prioritizing traditional interview practices to conducting remote interviews. And we all are aware that an in-person interview is vastly different from conducting interviews... 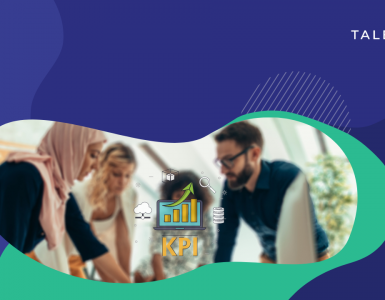 KPIs To Measure Diversity And Inclusion In The Workplace

A diverse workforce gives a company access to a more significant range of perspectives, skills, and experiences that can aid its success and expansion. Many organizations have made D&I initiatives their top... 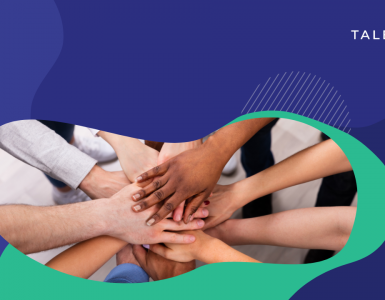 10 Ways To Improve Diversity Within Your Organization

As employers, diversity objectives are vital for you today because they enable you to gauge how well your efforts are working. They also promote teamwork, the development of innovative ideas, and creativity. The...