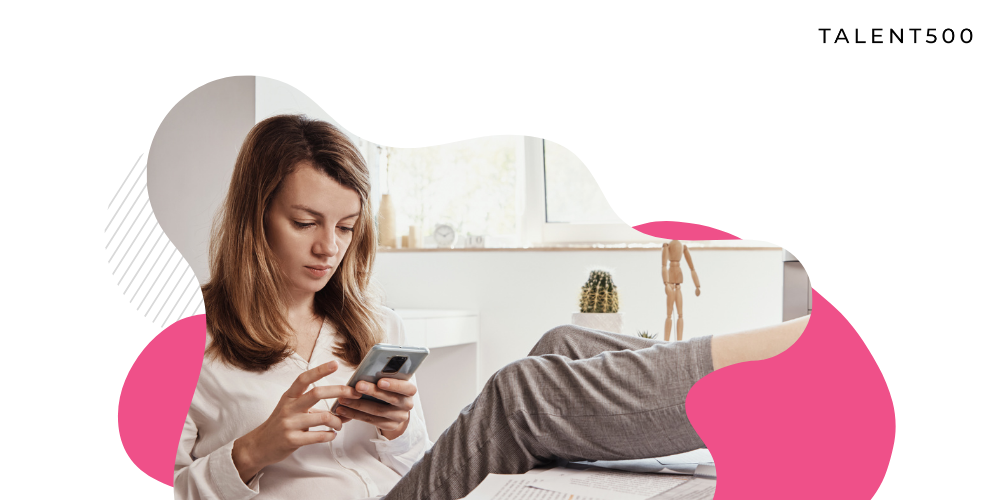 4 major bad habits you should avoid as a developer

Every profession demands a certain amount of hard work and creativity. The same applies for developers. In order to become a successful developer it is essential to avoid these major bad habits. Read on to acquire the full details.

A career in software development is promising not only because of the versatility of the field but also when taking into account the growth prospects. According to the US Bureau of Labor and Statistics, the demand for software developers is expected to grow by 25% between 2021 and 2031. It’s much faster than the average growth rate of all other professions. Unfortunately, the industry is struggling with a shortage of talented software engineers. In a market study, Indeed.com found that frontend developers, backend developers, full stack developers, and mobile developers rank in the top 10 most challenging to fill technical jobs.

If you plan to become a successful software developer, there are some critical mistakes that you must proactively avoid.

Here we list the bad habits that you must avoid as a developer.

Software reusability is a practice that’s encouraged in the industry, but you must not blindly include other developers’ code in your projects. Copying and pasting code snippets can be devastating until you understand it’s working. When you work on large software development projects, you will use code created by other developers but being mindful of the logic of the code is mandatory.

Junior developers often use code from other sources, but as you gain experience and move to a senior developer position, you will have to get your hands dirty. The problem with blindly copying and pasting codes is that not every character is displayed in Unicode, which is why it might not be the same as visible on the screen.

For instance, “е ẹ ė é è” all these characters are not alphabetical E in Unicode but appear to be. Some characters might not even be visible on the screen. Such characters are known as non-printing characters. Error arising from such character copy/paste can keep you stuck for a long time.

2. Assuming the product or its requirement from the end user’s perspective

Humans are innately poor at predictions. A software developer is susceptible to predicting the end-use of a product or how users will react to it after its release. But it’s one of the worst habits a developer can nurture. Overconfidence in your assumption of a project requirement will only result in difficulties.

You might have a unique and brilliant tech idea, but you must work on every possible product’s functional specification scenario. If you fail to do so, the product will underperform. Most of the time, you will work on projects that others envision; they know what they want but don’t have the technical expertise to get there. As a software developer, you must understand and anticipate customers’ needs. You need skills other than programming, such as communication and researching, among other essential software developer soft skills.

3. Being too rigid with your skills

Among common comments on new hires is their rigidity. It is good to master a particular programming language, framework, or type of development, but you must always be ready to adapt to changes. Software development is one of the fastest-changing industries. Hence you cannot afford to be rigid with your learnings as a software developer.

You often cannot fully utilize technology or programming language before a new one arrives. If you want to be a competitive and successful software developer, you have to be versatile. Ditch your belief system that a specific problem or challenge can be handled only a certain way. Focus on continuous learning and development of your skills. Knowing several programming languages and frameworks makes you resourceful and boosts your confidence.

New software developers are often found to write large functions. We understand that once you are in the ‘zone,’ it is easy to get lost in writing code line after line, which results in more extensive functions.

The problem with writing large functions is that it makes your code difficult to read. Software developers seldom write code for themselves but for others too. Long functions also limit the reusability of quality code and make testing difficult. If you write larger functions, you will make it difficult for other developers on the team to collaborate. A single function must do one thing and not multiple tasks.

However, not writing larger functions doesn’t imply you cannot have long lines of code. Large software projects will have functions that run up to hundreds of lines of code. But it would help if you kept it readable for everyone such that testing code doesn’t become a nightmare.

Success software developers are not led by their technical proficiency alone. A competitive software developer knows what bad habits to avoid to make their work collaborative, easy to read, and functional enough to deliver the best user experience.

Talent500 is a platform for software developers to find careers at Fortune 500 companies and fast-growing startups. Sign up here to join our elite talent pool.