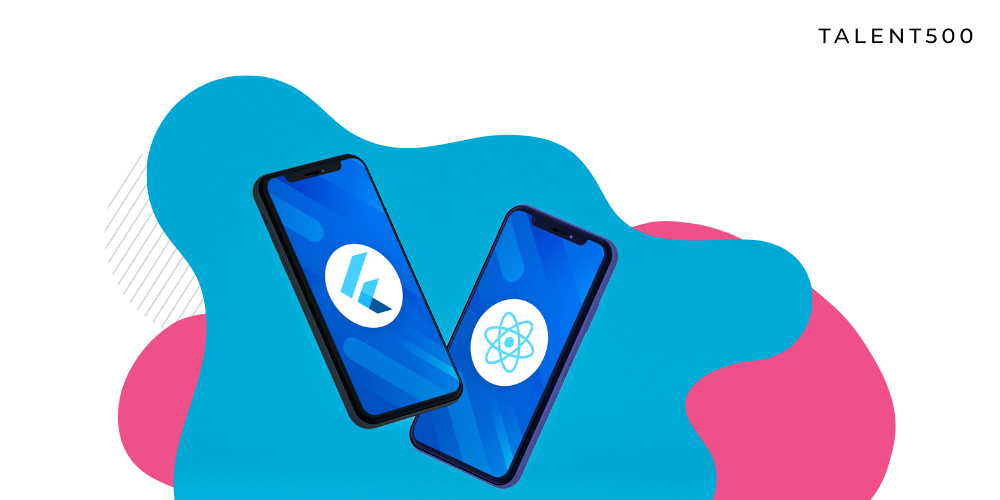 Why is Flutter better than React Native for developing cross-platform applications?

Cross-platform development has too many advocates now. With so many technologies available, creating platform-independent software with a single code base is possible.

Think about how straightforward it is to deploy and manage a single code for Android and iOS versions of the same app.

The popularity of cross-platform applications is on the rise, contributed by the ease of working on a single codebase, easy availability of hybrid app development tools, and consistent behavior of such applications.

Another reason to choose the cross-platform approach is that it’s faster and more economical from a business standpoint.

Both frameworks offer freedom to create the best cross-platform applications, but Flutter still enjoys an edge over React Native.

That’s what we are exploring in this article.

Flutter and React Native was developed as a solution to deploy Android and iOS apps based on a single codebase. Google created Flutter in 2017, while Facebook open-sourced its internal React Native project in 2015.

Flutter is a complete UI framework that allows fast development of user interfaces based on the Material Design and Apple Human interface guidelines. Some popular apps built with Flutter include Google Ads, Alibaba, and Birch Finance.

React Native is Facebook’s cross-platform app development framework based on React (also developed by Facebook). Since 2015, many enterprise-level companies have adopted this framework, including Instagram, SoundCloud Pulse, and Skype.

Let’s find out why developers favor Flutter over React Native.

Flutter apps are much faster than applications developed with React Native. It has its engine and programming language. Flutter apps are written in Dart; a Java-like programming language optimized explicitly for developing client applications for mobile, web, and server-side platforms. Flutter also has integrated native compilers that convert Dart code to native instructions for ARM processors, resulting in an impressive performance boost.

React Native is entirely based on JavaScript; as a result, the code is more difficult to debug and maintain. Also, in the absence of no native compilers, it’s slower.

Flutter is created as a framework for developing UI, which is why it has a low-level Skia engine used in Chrome browsers and Android OS. The engine empowers Flutter to render its component at a higher speed of 60FPS, which results in high performance. Also, it uses its widget library to display Flutter UI seamlessly during UI operation. These architectural features allow Flutter apps to look consistent on Android and iOS. It also results in the unification of the UI appearance regardless of the version of the operating system.

React Native uses a JavaScript engine that acts as a bridge between the native OS components and the JavaScript code of the app. While this approach makes the apps closely resemble native apps, it creates performance issues due to the time taken to interpret JavaScript code.

Another benefit of using Flutter for cross-platform application development is the smaller app size. The framework uses fewer additional components to compile the code to simple ARM instructions. Flutter does not store anything more than the bare minimum to run apps. On the contrary, React Native needs more storage to store JavaScript code and interpret the statements. It leads to a bigger app size. For instance, the React Native binary takes up twice as much space on a device’s storage compared to Flutter. As mobile storage is expensive, developers prefer Flutter for cross-platform development.

The convenience of a development tool dramatically depends on the ease of learning and setup. A good framework is easy to learn and operate.

Flutter SDK provides a complete set of tools to help developers quickly learn how to create and debug applications. It also integrates with popular code editors like Visual Studio Code and IntelliJ IDEA. It also offers tools for debugging, test automation, and monitoring app performance. Flutter has a “hot reload” feature that allows developers to run a new code without restarting the whole application. It saves significant time when debugging an application. The Flutter documentation is also top-notch, with some excellent starter toolkit guides to help developers learn fast.

React Native also has a robust documentation and tutorials library supported by its vast developer community. However, it is not beginner friendly, as it can be challenging to set up, and getting started is quite complex if you are new to cross-platform development.

At Talent500, we actively seek talented cross-platform developers to join our elite pool. Sign up here and get a chance to work with Fortune 500 companies and some of the best global startups.