The shift to remote and hybrid working models is often accompanied by workplace bias, with remote workers being at a clear disadvantage. Here are some concrete steps that all organizations can take in order to effectively combat workplace bias.

Sigmund Freud, through his famous Iceberg Analogy, illustrated that the unconscious, what’s not apparent at first, plays a huge role in behavior and decision-making. Simply put, the brain uses mental shortcuts based on past experiences to arrive at decisions. Think of it as the hunter-gatherer in you using a quick pathway to process tons of information. It’s a great route for survival, but is it a recipe for success—and that too in the modern hybrid workplace?

For instance, anchoring bias affects our judgment to the extent that we favor the initial experience or first bit of available information. One may make adjustments, but these are “typically insufficient” suggest Amos Tversky and Daniel Kahneman, psychologists of Nobel Prize fame.

Think of the trajectory of remote work:

Is remote work shrinking because of the benefits of on-site work? Or because decision-makers have their views on remote work anchored in a negative experience? Such questioning becomes pertinent when you consider that a McKinsey study posited that 29-39% of the U.S. population could spend more time working remotely without loss of productivity.

The truth is that it is wholly possible for unconscious biases to creep into professional decision-making, especially as we move into the remote and hybrid working models. In such a case, conscious action needs to be taken. To get on the right track, consider these common avenues of bias and learn how to counteract and build a diverse, inclusive, and effective workforce.

Why does this happen?

One reason is affinity or implicit bias: This is when recruiters favor applicants who are similar to them or share experiences with them. Age, gender, race, and more often play a role here, becoming attributes that bring up unconscious bias. In a word, the similarity makes recruiters feel safer, but the trade-off is diversity and inclusion in the workforce.

Another reason could be the attribution bias: This is when you make a judgment about someone without sizing them up objectively. Here, persons from certain ethnic groups could easily be looked on as less effective. A Yale study showed that such class bias arises in hiring processes within a few seconds of the applicant speaking.

How to combat it?

The first step is being aware, and the second step is to be objective. A case in point is a study that illustrated how blind orchestra auditions were better for women musicians!

Here are some actionable ways to steer clear of sexism, racism, and ageism:

The year 2020 was the turning point for remote work, and yet, such may not truly be the case to the extent imagined.

Yet, an SHRM research shows that:

Why does this happen?

Earlier, the anchoring effect was considered, where an initial perception greatly determines the final outcome. The danger is that if one’s initial experience is negative, then you end up with confirmation bias, the tendency to search for reasons to support your beliefs. So, if you’ve had a bad experience with Anthony, who slacked off while working remotely, you think that Anna’s delayed submissions are due to lack of effort or because remote work is just a bad concept to start with.

In addition to this halo versus horns contrast that may be unconsciously applied to on-site versus off-site employees, there’s also the issue that statistics point out that, ‘out of sight is out of mind’. It’s natural to feel comfortable about handing over the next big project to the employee who’s at the office day in and day out rather than to someone who works remotely. But as a McKinsey report displays, if you favor fully on-site work talent is at risk. Bias, even unconscious, affects your bottom line.

How to combat it?

Many industry leaders now suggest that if you’re convinced about hybrid work, the tone at the top needs to be clear. In other words, senior management needs to work from home. It sends out a clear signal: “We’re offering flexible work options — and it’s okay to do it!”

Unconscious biases can kill talent. It is most commonly seen when emotion and gut override objectivity to the detriment of remote workers and persons of a particular gender, race, age group, or religion. Now that you are conscious of the problem, it’s time to take concrete steps to see diversity and inclusion flourish in your workforce.

Talent on Demand: Step into the new era of work

The professional work landscape in 2022 is radically transforming as a result of the ‘Great Reshuffle’. More and more employees are looking to change their jobs to find opportunities that better represent their values... 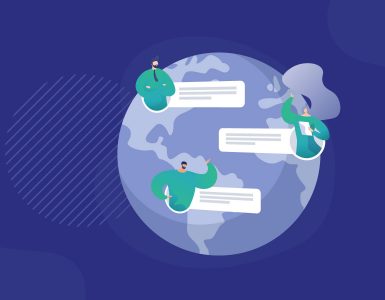 Influenced by ongoing paradigm shifts in technology, economy, and the process of globalization,  the conventional idea of the modern workspace is being redefined drastically. Companies have started to look beyond... 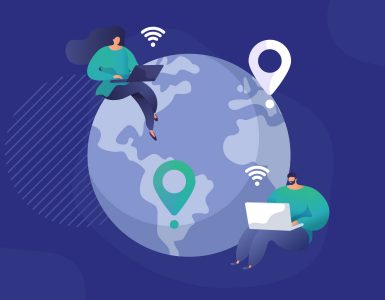 The future of work is changing. More and more employees are looking for opportunities that offer flexibility and better means to establish a good work-life balance. Location-independent jobs are becoming significantly...