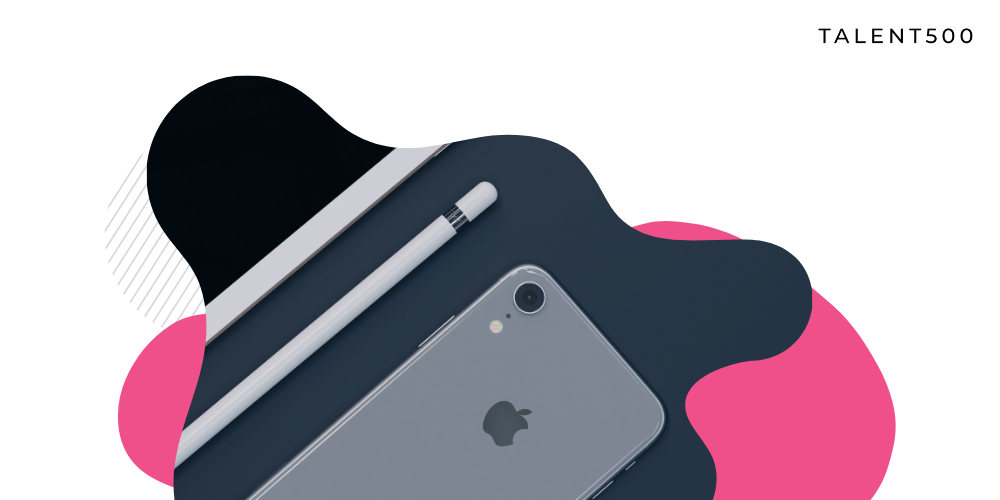 Top iOS app development trends to watch out for in 2022

Apple devices constitute a significant share of all mobile devices in the world. According to market research, the percentage of Apple in the mobile market increased from 40% in 2020 to 47% in 2021-22.

Unsurprisingly, iOS app development is also propelled by the growth of Apple devices. People’s behavior is changing, and businesses are rapidly adopting digital transformation. The app development market is booming and is expected to reach $ 613 billion by 2025. As an app developer, you must know what’s changing in the industry to be ahead of the competition.

This article discusses the critical iOS app development trends you must keep a tab on in 2022.

While not a trend but an essential upgrade in the iOS app development sector is Swift 6. For iOS developers, Swift is one of the best programming languages as it is specially created for iOS platforms. Whether small or big-scale apps, Swift is used for iOS app development at all scales. Companies like LinkedIn, Apple, Slack, and Netflix use Swift for their iOS applications.

Swift 6 is the latest programming language version with essential upgrades such as powerful API and module stability, comprehensive compatibility, and added features to help iOS developers create apps for future Apple devices. We recommend you use Swift 6 for iOS applications as it has tools that allow you to focus on code quality and logic much more effectively.

Machine learning and artificial intelligence have been used in several segments of software development. While these disciplines are not new to 2022, their recent growth has brought many positive changes in app development. Undoubtedly, one of the year’s leading trends in iOS app development will be the inclusion of these technologies. For instance, Apple introduced the latest version of the machine learning framework – Core ML 3, to help developers create applications across a broad range of segments such as computer vision, speech recognition, IoT, and so on.

You must focus on machine learning and artificial intelligence because they can help keep your apps relevant by enabling them to learn and grow. As users will use your iOS application, machine learning will empower it to learn about the user’s preferences and behaviors and anticipate their requirements or wants to serve them better. Some apps are already doing it, such as Spotify’s search suggestions, the ELSA English learning iOS app, and Siri.

IoT is the technology that automates the most routine task in our lives by connecting various devices and enabling them to share information. The impact of IoT is expected to reach $1.6 trillion by 2025.

iOS development is embracing IoT to provide better apps for users. For example, iOS health applications use this technology to assist healthcare providers better. They can check a patient’s condition at home through several devices, such as heart rate monitors that share data with their iOS applications. Using several image processing algorithms, Triton Sponge is an excellent example of an iOS app using IoT to help determine how much blood a patient has lost.

Another trend that the Internet of Things is bringing to iOS app development is wearables.

Wearables are already a common sight. Apple Watch, fitness bands, and Apple AirTag, are all examples of wearables. These devices are empowered by IoT technology and share data with their dedicated iOS apps. As we move towards a more connected world with technological advancements in the internet infrastructure, we can expect wearables to become increasingly popular. With the wearable software market poised to reach $ 118.16 billion by 2028, it is one of the critical iOS app development trends to keep a tab on.

Besides the health segment, wearable devices are also becoming popular as they allow you to access social media content without using your phone. Popular messengers like Telegram and Slack already have Apple Watch applications to receive and send messages. This is a trend that most other services are expected to follow in the coming years.

The iBeacon is the talk of the town due to its marketing capabilities. The powerful technology from Apple is grabbing the attention of marketing because it allows us to send push notifications to iPhone users using Bluetooth technology.

It’s easier to understand the application of iBeacon with an example. Suppose you want to notify potential customers about the sale in your clothing store if they pass by your store. While banner ads and billboards are an option, they are not as high converting as direct push notifications. Using iBeacon, you can create an application to send information to iPhone users as soon as they are within a set range of your store.

This iOS app development trend is finding high adoption in the retail industry to boost sales. If you develop diverse applications for the retail and e-commerce industry, this is the trend for you to follow in 2022.

Apple devices are here to stay, and iOS app development is poised to grow by leaps and bounds. We hope these trends will help you be in touch with the latest development in the industry.

Talent 500 is the platform for iOS app developers to find global opportunities with fast-growing start-ups and Fortune 500 companies. Sign up here to join the elite pool of iOS developers.