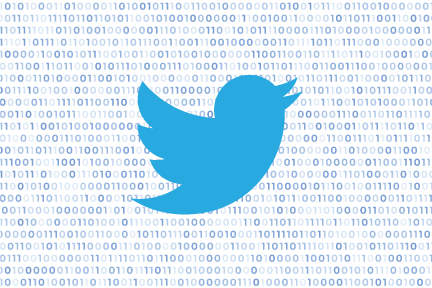 Every second, there are around 6,000 tweets going live on Twitter, making it one of the many hotspots on the internet. While social media is a great tool to connect with friends and acquaintances and share experiences, it can be quite a useful tool to educate yourself too. Twitter is an excellent platform to find information, but one of its main benefits is networking. As a programmer or software developer, you can connect with various industry-based experts and gurus via this micro-blogging site.

Whether you’re an aspiring developer, a seasoned programmer, or someone looking to branch out into coding, there’s a world of opportunity here. With the right information, you can hone your skills and follow in the footsteps of industry leaders and trailblazers. If coding, programming, software development, and modern technology excite you, consider following these 13 programming and software development experts on Twitter.

Jason is the co-author of the book ‘Rework’, a New York Times bestseller. He has also co-founded 37signals, a web application company that builds tools like Basecamp, Highrise, Backpack, Ta-da List, and Writeboard. He is currently the founder and CEO of Basecamp, the makers of HEY. He identifies himself as a non-serial entrepreneur and a serial author having given a Ted talk on his revolutionary ‘rework’ ideas. Apart from valuable blogs, his tweets contain practical advice for developers.

Jeff Atwood is an American software developer and co-founder of Discourse, Stack Exchange, and Stack Overflow, an online community for developers to grow. He is also an author, blogger, and entrepreneur. He writes for his popular blog, Coding Horror, where he discusses software programs and their users. His coding anecdotes are insightful, interesting, and quirky, offering a unique perspective of this cutting-edge profession.

Scott Hanselman is a programmer, teacher, and speaker with experience of over two decades in coding. He is an expert in coding, writing, speaking, promoting, braiding, learning, and listening. He’s maintained a blog for over 10 years and continues to spread coding and OSS knowledge. The blog is a treasure chest of information for both novice and expert developers. He works at the Web Platform Team at Microsoft and has been podcasting for the last 5 years. The open web is what interests him the most among his list of other pursuits including community, social equity, media, and entrepreneurship.

An engineering manager at Google Chrome, Addy Osmani works as a leader of the Speed team with an aim to make the web faster. He has created various open-source projects including TodoMVC, Yeoman, and Material Design Lite. He has also authored the book ‘JavaScript Design Patterns’. He shares helpful tips on JavaScript and web development and provides great solutions for improving page speed and web performance.

A JavaScript expert, John Resig is the creator of the JavaScript Evangelist for Mozilla, the JQuery JavaScript framework, and the jQuery JavaScript library. He currently works as a Chief Software Architect at Khan Academy and co-authored the book ‘The GraphQL guide’. With over 125 informative talks under his belt since 2006 and an impressive number of followers, he is definitely worth following, especially if you are a budding JavaScript developer. He shares tips and links to resources that can make a big difference in your approach.

Joel Spolsky is currently the CEO and founder of Stack Overflow. He also founded Fog Creek, Trello, Glitch, and HASH. He is the mind behind some of the favorite tools of the developer community. He has been associated with projects including Microsoft Excel, Visual Basic, and Fog Creek Software. Besides authoring ‘Joel on Software’, he shares interesting blogs and links for developers and programmers.

Amanda Rousseau runs a Twitter account with the name ‘Malware Unicorn’. She is an Offensive Security Professional at the Facebook Red team. She has worked as a Senior Malware Engineer at Endgame, Inc. and has been a speaker at some of the biggest cyber security conferences around the world. Security, malware, reverse engineering, and fashion are the fields that interest her. Her Twitter handle is the account to follow if you’re looking to learn about the growing field of cyber security and reverse engineering tools.

Brendan Eich is the creator of the famous JavaScript language. He is presently the co-founder and CEO of Brave Software and Basic Attention Token. Besides this, he is the co-founder of Mozilla and Firefox. His experience and contributions to the tech world are reason enough to follow him. There’s a lot to learn from legends like Brendan, so make sure you don’t miss out!

Well-known as the creator of the PHP coding language, Rasmus Lerdorf has affiliations with the eCommerce company, Etsy. He has previously worked at Yahoo! for seven years as an infrastructure architect and contributed to many open-source projects. His tweets are motivating for budding developers, and link back to ground-breaking technology that can easily put you ahead of the rest.

Sara Ownbey Chipps is a co-founder of ‘Girl Develop It’, a non-profit organization aimed at encouraging and helping women become software developers. She co-founded and was the CEO of Jewelbots, which focuses on and uses hardware to surge the number of girls opting for STEM fields. Having been in the software and open-source community for two decades, she worked as an engineering manager at Stack Overflow, a leading Q&A resource for software developers around the world. A New York-based developer, she now works with LinkedIn and is a role model for women programmers and all those looking to make a difference in the world.

Chris DiBona is the director of Open Source and Science Outreach at Google. He also contributed to the game ‘Fractured Veil’. Prior to his stint at Google, he was a writer/editor at Slashdot and had co-founded Damage Studios. He specializes in many fields including open source and related methodologies, C++, Python, game development, marketing, and public relations.

Bryan O’Sullivan is the engineering director leading the Developer Infrastructure team at Facebook. He builds teams by promoting collaboration, team spirit, setting bold goals, and executing them to build responsive and delightful products. He also lectures at Stanford University and has authored a book ‘Real World Haskell’ besides co-authoring in ‘Mercurial: The Definitive Guide’ and ‘The Jini Specification.’

Jennifer Dewalt is the techie who built 180 websites in 180 days – a feat of pure skill and intelligence that very few are equipped to do! She has immense knowledge in coding and is an inspiring personality for any coder. She founded multiple startups including ‘Zube’, a project management platform for agile development teams.

There is no dearth of influential and innovative tech-wizards on Twitter, but these 13 should inspire you to think big. Many of them started small and are now impacting real-world change. Following these frontrunners and learning from them is a proactive approach to growth, which is a necessity to stay ahead of the competition. Another way to give yourself an edge is to achieve your potential with Talent500.

Our skill assessment algorithms align your profile with the right job opportunities at Fortune500 companies across the globe. With our assistance, you can work with the best in the world, contribute to innovation, and maybe someday, even feature on a list like this one! To get #twostepsahead and take control of your career, sign up today.

Python is a popular language for web and application development. According to the 2021 Stack Overflow Developer Survey, approximately 68% of software developers who have worked with Python for a project want to...