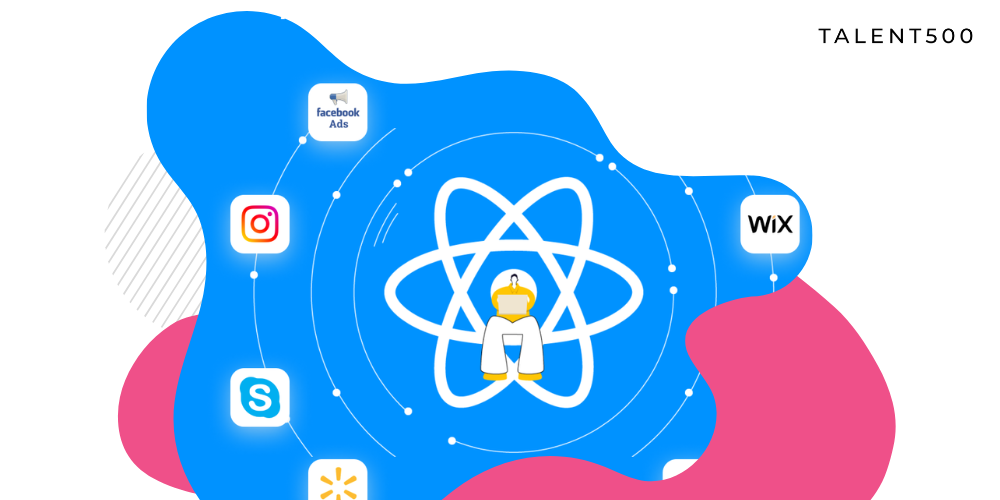 4 great examples of React Native apps in the market

React Native is the leading JavaScript framework for creating native iOS and Android apps. Based on Facebook’s React library, JavaScript developers are given the freedom to develop a native for both platforms with a single code base. React Native is the world’s second most widely used framework for app development. Many companies have shown what can be achieved with this framework.

This article will list some top React Native apps that deliver excellent services to end users and drive company profits.

Instagram is the most downloaded app on the Google Play Store and App Store. It is developed in React Native and uses the same code for Android and iOS operating systems. The app essentially has three components – Feed, Explore, and Profile. With over a billion downloads and multi-billion users worldwide, it is astonishing to know that Instagram was built entirely with a handful of developers in under nine months. Such is the efficiency and scope of React Native. But today, it is not such a surprising feat anymore as some companies have developed their apps in shorter duration.

React Native is exceptionally scalable; that’s how Instagram can handle 500 million daily active users. Also, the app takes 1 billion daily searches, more than Bing, Google, and Yahoo combined. Without a doubt, Instagram is a live example of what can be achieved by leveraging the features of React Native for app development.

Shopify’s leading eCommerce SaaS platform uses React Native framework for its iOS and Android applications. The engineering team at Shopify recognized the framework’s potential early on and created multiple apps for their retail customers based on React Native.

Shopify refuses to convert its native app into a React Native application because it lacks first-class Android support.

UberEats is a highly popular application that lets you order food from restaurants in the nearby area. It tracks your order in real time while it is delivered to you. After delivery, you can rate the driver and food quality. The app is built using React Native for the front end, while it uses multiple platforms for the backend services.

With over 11 million downloads, UberEats is highly rated for customer experience among restaurant delivery apps. UberEats’ engineering team was not confident about using any 3rd party tools for creating apps that could expose them to bad user experience and delayed updates. They chose React Native as Facebook engineers, and the open-source community supports it. Also, React Native is easy to add to any platform that further extends its scope.

Nobody needs an introduction to Skype. Being one of the most popular VOIP calling applications, it was the leader before other web apps started supporting internet calling. Skype mobile app is built using React Native and has over 1 billion downloads. The success of Skype’s consistent experience with both Android and iOS is driven by the cross-platform compatibility of React Native framework. Again, it has witnessed great success due to the framework’s scalability. The Skype app has to handle 25 million users making calls every day. On average, there are 300 minutes of video and voice calling per second on Skype,

Skype needed a robust framework that could drive the success of its applications across both mobile platforms without the need to maintain separate code bases. React Native was the obvious answer as it has a proven record of empowering scalable enterprise-level app development.

You don’t need too many developers to create apps with this framework. As you can use the same code for both Android and iOS apps, you don’t need native developers. It also supports JavaScript out-of-the-box, which implies it can easily integrate with any existing backend service. Furthermore, with React Native, you don’t have to wait for an app to be built and installed on an app for testing; the framework provides instant feedback as compared to other mobile SDKs. These are some reasons why you should consider React Native for your next app development project.