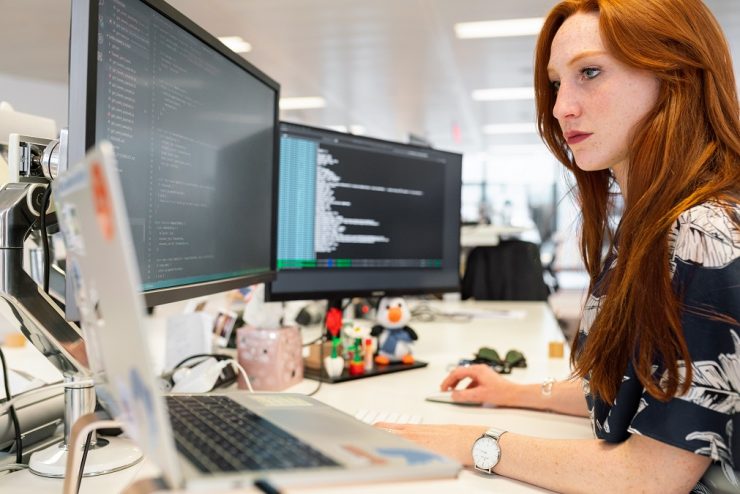 7 ways to secure a Node.js application

Developers across the globe use Node.js as a backend server for applications, making them susceptible to multiple security threats. Here’s how you can safeguard your Node.js application.

JavaScript was always popular among developers, especially for frontend development. Then came Node.js in 2009, which made backend development possible. It has since been a go-to in a developer’s toolkit, now supported by a suite of libraries, frameworks and tools. What’s more, Node.js has a sizable developer community, helping boost its popularity within the industry. In fact, it is so widely accepted that websites such as PayPal, Netflix, and many others use it too!

Developers across the globe use Node.js for several purposes, one of which is as a backend server for applications. These exist in almost all platforms of technology, and power several services on the internet. Microservices practically rely on such applications; however, due to its popularity, or those of its frameworks, there are myriad vulnerabilities to account for. Hackers or those with malicious intent will try to steal crucial data, impair functionality, or expose a vulnerability.

To prepare for such attacks and secure your Node.js application, take a look at these pointers.

Most web applications are designed to perform a certain function based on user input. Therein lies a vulnerability, as certain users can be malicious through their inputs. This is known as SQL injection, allowing users to issue an SQL statement through their input and evoke a response. For instance, when asked to enter a profile ID, attackers can send a DROP TABLE SQL command and completely wipe certain parts of your database.

The countermeasure to this is to validate and sanitize inputs from the user. Through validation, you set the criteria for acceptable inputs, and sanitization modifies inputs, thus ensuring that they are valid. You should also have the application escape values, using libraries that automatically perform escaping. The most common ones include mongoose or node-mysql. While basic in concept, this is something you shouldn’t overlook during development.

While it is common to run into errors from time to time, you should be careful about how much error information is being sent to the client. Sending the full error object, while helpful for developers, can help attackers by providing them with critical information. The error could reveal broken paths, libraries in use, or even secrets. Be mindful of the error information you send out and you can address this problem quite easily.

Another tactic to employ is to wrap routes with a catch clause. This not only prevents Node.js from crashing due to a request, but also helps protect against attackers looking to crash the applications with a bad request.

In a bid to save time and effort, many developers revert to a few old, lazy habits. One of which is to send all the data within an object to the frontend, when only specific information from the same object needs to be accessible. This poor practice increases the risk of data leaks as it all available in the developer console, and is only gated by filters.

For instance, if the frontend requires a list to be populated for all the registered users, do not send an SQL query to send all user data to the frontend, and have it filtered there to display only what’s required. The other information is still available there, when it shouldn’t be.

When sending any data to the frontend, always assume that there’s an attacker amongst the users. Your goal should be to protect all the sensitive data in a given object and so, only send what needs to go out. While it does result in more work in the backend, it’s always better to be safe than sorry.

Any Node.js application is only as secure as the authentication mechanisms in use. Too many developers assume that security should only be part of the final stages in the development cycle, and that simply having it in place is enough. It isn’t. In most cases, authentication mechanisms can be bypassed. Developers must be proactive about security during development and top it off with proven solutions like OAuth or Okta.

Developers who prefer the native approach can use Scrypt or Bcrypt instead of the built-in library, and implement two-factor authentication too. Common modules like speakeasy or node-2fa are two you can rely on to implement and offer this security measure.

Have clear authorization and authentication parameters

With clear parameters, attackers have little room to work with and are likely to fail in their attempts to harm your application. This applies to both authentication and authorization functionalities. In the first case, be sure to cap the number of failed authentication attempts. Brute-force attacks rely on this type of repeated effort, and limiting it by banning the IP for a few hours, known also as rate-limiting, works well. If nothing, it will slow down the attacker.

On the other end, authentication parameters primarily govern data and its access. An application without the right roles for users and associated permissions allows malicious persons to act freely within the ecosystem. Through Node.js, you can assign these roles and permissions with the ACL module.

Race conditions can be quite uncommon, but it is always best to prepare for them. They can cause crashes, and can be painstaking to debug. Thankfully, they’re rare in JavaScript, but nonetheless, safeguarding against it is a way to secure the application. One way to go about it is to utilise callbacks smartly and efficiently. This way, the process invoking the function applies the values to the parameter and only then invokes the other. Without a callback, you’d likely have a null token.

Developers are rarely security experts—and they aren’t always required to be. Due to the rising number of exploits and their occurrences, it can be hard to keep track but with Node.js, you don’t have to. You can use a scanning utility like Retire.js to scan the application and find vulnerable dependencies.

Even in a high-stress and deadline-bound environment, application security should never take a backseat during development. Staying updated about the various attacks and how they exploit a system is a smart way to stay ahead of the curve, but isn’t always enough. You need to create secure and stable applications, as this is the mark of a reliable developer. There’s an ocean of opportunity for such individuals and if you fit the bill, sign up on Talent500.

This platform aligns your profile with job postings and career opportunities at top companies. Based on your merit and experience, you can work with reputed Fortune 500 companies in the world. Take two steps ahead to your dream job and work with the best. All you have to do is sign up today!

Python is a popular language for web and application development. According to the 2021 Stack Overflow Developer Survey, approximately 68% of software developers who have worked with Python for a project want to...